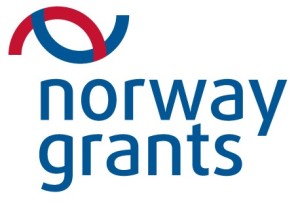 According to the European Commission, plastic production is growing globally annually. Last year, the weight of all plastic products reached nearly 350 million tons – 15% of plastic production comes from the European Union (EU) countries. For decades the plastic is used for building, electronic devices, agriculture and automotive industry, but the largest part even 40% – in the production of packaging. Realizing the consequences of this situation, Lithuanians also contributed to the EU policy of promoting plastic reduction: JSC “Akvavita” implemented innovative, environmentally-friendly bottle packaging. Project was funded by Kingdom of Norway under the Norwegian Financial Mechanism.

“From the ecological point of view, Lithuania is rapidly catching up with the most advanced European countries: the country successfully operates the bottle deposit system, the issues of plastic bags are the reduced as well,” says Aistė Miliūtė, Director of JSC “Akvavita”. – Of course, this effort alone is not enough, so it is important to constantly look for innovative solutions that allow you to change the production of packaging products. Studies have shown that by replacing bottle pack wrapping technology to bottle pack strapping technology, the plastic will be reduced by 90 percent.”

Research and calculations have shown that this innovation can reduce other costs, significant both for manufacturers and for the state. For strapped packaging, there is no need to use a special heat tunnel, which reduces energy consumption by as much as 63%. In addition, it is possible to place more strapped bottles on the palette than before, covering them with a film. Thus logistics costs should decrease by about 12%, CO2 emissions – 12%, air pollution – about 11%.

According to the project implementers, the packaging method used up till now to cover the bottles with a solid plastic film was a rather convenient solution for transportation, but not ecological. Finding another way to conveniently pack water or soft drinks bottles, reducing production costs and the amount of plastic used, was a challenge even for international university researchers and researchers who collaborated on the development of the project. Prototypes and attempts to reduce the use of plastics were used earlier, but binder packaging and palletizing are the first technology used in the industry. The replacement of non-organic plastic films is expected to be recognized on the market and then adapted internationally.

The total cost of the project is 3 198 773.54 EUR, of which 1 327 628.08 EUR was financed by the Kingdom of Norway, which implements the Green Industry Innovation Program with the Ministry of Economy. The project “Green Packaging and Technological Process Innovations in Akvavita”, which lasted for almost three years from 2014, was implemented by the company with a partner from Norway – Berg Holding.

Thanks to this project, JSC “Akvavita” will become more competitive in the international mineral water market and will establish itself on the local market. The company employs researchers and support staff to carry out complex surveys and innovations. During the project, successful and innovative products will be further developed to remain competitive on international markets.